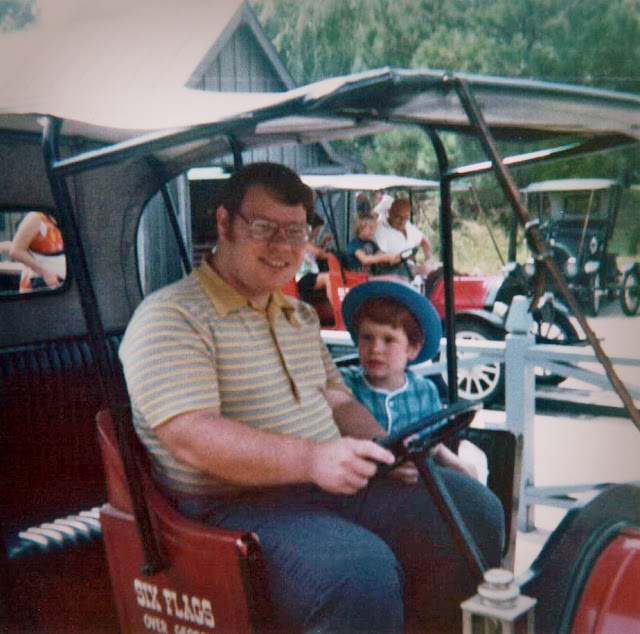 It's hard to believe that when this picture was taken, Six Flags was only seven or eight years old.

To someone of my generation, the amusement park Six Flags – or Six Flags Over Georgia, to use its full name (though no one ever really does) – seems to have always been there, enticing us to visit it, encouraging us to keep our Coke cans to save on our entry fee, promising us the danger and thrill of getting soaked on a log ride or risking (but surely not actually getting) life-threatening injuries on a roller coaster. But it wasn't always there, of course; in fact, Six Flags opened the year I was born, 1967, so the amusement park and I are the same age. I can remember talking about going there with some of my friends in second grade – somehow we had become convinced that there was a whale living in the lake at the park (which I realize now was probably not true); I don't think any of us realized then that the park was only a few years old. Not that that would have mattered to us; seven years is a pretty long time to someone who is only seven years old.

I don't remember the specific trip to Six Flags on which this picture was made; I have other pictures that must have been made around the same time – maybe the year before or after this one; maybe even the same summer – but I can tell they were different visits because in those pictures I'm wearing different clothes than I am in this one. Six Flags looms large enough in my memories of the 1970s that I know we must have gone there many times, even though it's all the way on the other side of Atlanta from where we lived.

This picture shows me and Dad on the Hanson Cars, an antique-car ride on which you steer low-powered old-timey-looking cars (fancy go karts, really) on a track that looks somewhat like a road and which metal guides in the asphalt prevent you from leaving. (In fact, I think the steering is optional; as long as you accelerate, the metal guide will ensure your path along the track – though it is less jerky if you do steer.) I know now, after reading about Six Flags on Wikipedia, that the Hanson Cars ride was one of the original attractions in the park when it opened in 1967, as was the Dahlonega Mine Train (a sort of mini roller coaster). The Great American Scream Machine, or just the Scream Machine as we called it when I was in elementary school, opened in 1973 (the same year I started first grade); it seemed such an integral part of the park that I probably believed it had always been there.

Not that I ever rode the Scream Machine, at least not back then (though I think I did ride it a couple of times in 1993 or '94, when I went there in my late 20s after not having been for fifteen year or so). When I was a kid I wanted to go to Six Flags all the time, but mostly I would ride only the gentlest of rides. I did ride the Dahlonega a few times, but that was fast enough for me you couldn't have gotten me on a full-size roller coaster or the Great Gasp or any of those other thrill rides for anything. The ride I remember the best was "Tales of the Okefenokee," a "dark ride" on which you rode in a boat through scenes of animatronic, anthropomorphic swamp critters that seems in retrospect like a combination of the cartoon sequences from The Song of the South (minus all the racist stuff, I sure hope) and Walt Kelly's Pogo comic strip. Or maybe like the "Hillbilly Bears" and the "Possible Possum" cartoons I used to see on TV every day after school. (Anthropomorphized mountain/swamp/country animals, especially bears and rabbits, were part of the zeitgeist of the second half of the 20th century, apparently.)

I think an ideal Six Flags experience for me when I was ten would have been to ride "Tales of the Okefenokee" about ten times, eat some ice cream, and then play ski ball for four hours. In truth, though, I only remember with clarity one visit to Six Flags when I did play ski ball: when I was in fifth grade, we went to Six Flags one Friday after school with Jan and Richard, I think for an AT&T-sponsored event (or BellSouth, or whatever that company was called back then; it was where Richard worked, but I’m sure that meant nothing to me at the time). All I really recall about that trip was playing ski ball and trying to win enough tickets to trade in for...I don't know, a Cadillac, I think. I didn't make it, of course. In fact, I don't think I traded my tickets in for any prize at all; I think I kept them with the intention of going back again soon and then getting enough tickets to get the Cadillac. Instead I don't think I went back to Six Flags for about fifteen years.

I don't know what happened to the ski ball tickets. Probably Mom threw them away a couple of days later, when I was back at school, and I've just now, more than forty years later, realized it.

I went to Six Flags just three or four years ago, with Anna and the kids. A lot of it has changed, but you know what hasn't? The smell. It smelled like Six Flags – not a bad smell at all; a good smell, an exciting smell. Smelling that, I was ten again.

But I still went home without a Cadillac.

Oh, and by the way, the Hanson Cars ride is still there, and so is the Dahlonega Mine Train.

(In the interest of complete honesty, I feel I should admit that they don’t really have Cadillacs among the prizes you can get in the games pavillion, no matter how many tickets you get.)

Bonus: Here are some pictures that one of my parents took in the "Tales of the Okefenokee" ride sometime in the 1970s: 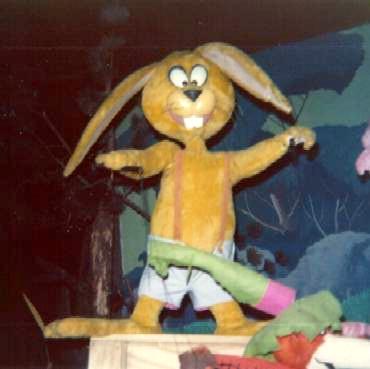 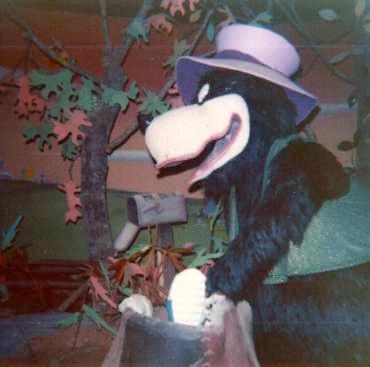