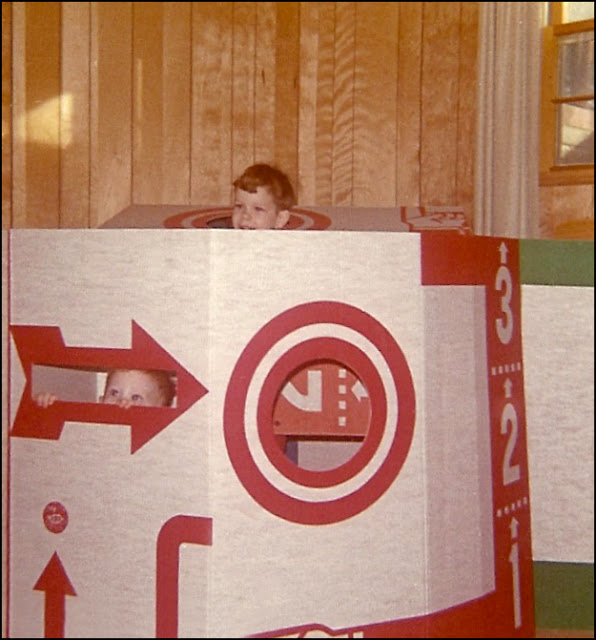 You know how sometimes kids have more fun playing with the box than with whatever came in the box? Santa too knows this, and for Christmas in 1971, the box WAS the present. And what a great present it was! Looking back at it now, I see it as a fort, and a castle, and a spaceship, and a haunted house, and whatever else a four-year-old-boy wanted it to be. I remember it with great fondness—though to be honest, I’m not sure I did much spaceshipping or haunted-housing in it; I remember crawling around it and through it a lot, though. Most of the other presents I got as a child I remember largely because I've seen them in pictures, but this cardboard playhouse (or whatever exactly it should be called) I remembered well before I happened upon this picture. I don't think I've ever received a better present. (A few equally good, perhaps, such as my first electric guitar a decade later, but none truly better.) I don't know what became of it, though; I have no idea whether that elaborate and wonderful cardboard structure held up for a week or a year. It was probably gone, or at least all played out, by the Christmas of 1972.